At the end of 2021, the Great Peninsula Conservancy, the Hansville Greenway Association, and Hansville community members implemented a $2.15 million capital campaign to acquire 100 acres to expand the Greenway. In January 2022, GPC purchased the property, ensuring permanent preservation of the wildlife habitat, open space, and community trail system. This purchase will allow restoration of the land, connect neighborhoods, expand hiking opportunities, and help protect the land for future generations.

There is much work to be done here. Logged approximately 10 years ago, we will be working to return the property to a healthy forest. Invasive species such as Scotch broom need to be removed and trees planted. 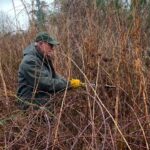 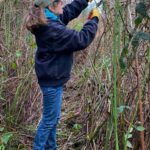 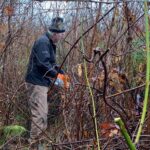 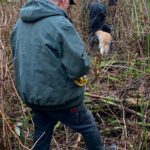 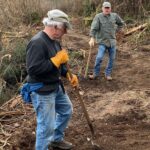 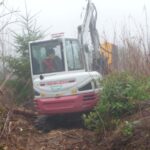 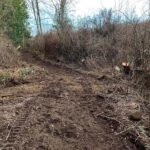 The trail after brushing 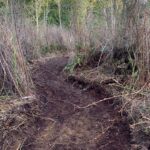 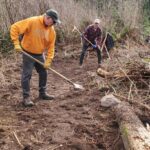 Grubbing out roots and rockis 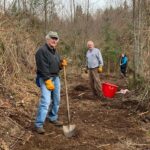 Pausing for a photo op 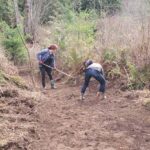 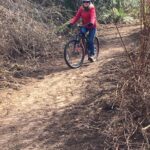 Trying out the trail 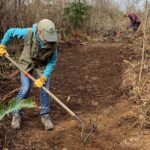 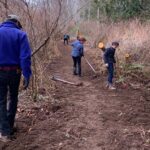 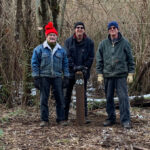 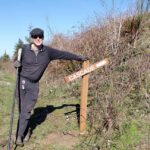 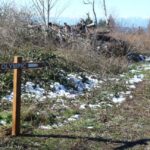 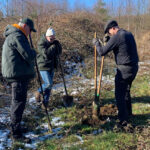 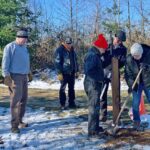 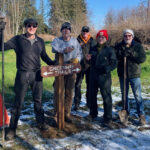 Northern tip of the trail 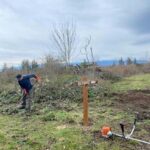 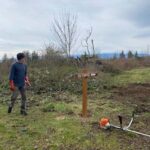 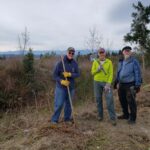 Some of the brushing crew

Theme by Anders Noren — Up ↑